In 2005, I became aware of the growing chasm between the opinions expressed in the writing of Dr. V. Vojta and the existing view of the musculoskeletal apparatus. This was especially evident in how Vojta and modern anatomy, neurophysiology and biomechanics viewed human movement differently. These incompatible perspectives became even clearer as I practised therapy using the Vojta method myself. The more I tried to find an answer in the professional literature, the more ambiguity and doubts were raised, suggesting something was fundamentally wrong. It was a daring challenge, but I gradually came to find the pieces of a mosaic, which started to present the musculoskeletal apparatus and human movement from a brand new point of view. Movement was depicted in a 3D spatial perspective, or more precisely, it was portrayed as the functional representation of movement within the real three-dimensional space.

In tahis book, I would like to pursue my experience with the Vojta method that I’ve gained through several years of successful practice. However, the Vojta method cannot be explained in sufficient clarity without the broader knowledge of anatomy, neurophysiology, developmental neurology, biocybernetics, kinesiology – the science of human body movement – and biomechanics.

This broader context is called “conditio, sine qua non” – a precondition, without which the goal could only be accomplished with difficulty. It’s a necessary precondition, though not a sufficient one.

Dr. Václav Vojta had started to publish his first findings about the use of “reflex locomotion” from the beginning of the 1950s. Over the years, the original diagnostic and therapeutic concept primarily targeted at the children suffering from cerebral palsy had been established… Gradually, the spectrum of diagnoses treated with the Vojta method became wider and the early diagnostic measures were fine-tuned as well. A risk of cerebral impairment can be detected during the first year of life of the child, which is early enough to prevent a range of possible harmful outcomes by well-timed therapy.

As the generation of Dr. V. Vojta enters the history books, there is no choice but to accept the baton and the related responsibility. It is customary that every upcoming generation contributes something new to the good legacy of the previous one. My personal endeavour is to further foster and develop the extremely positive legacy left by Dr. Václav Vojta. 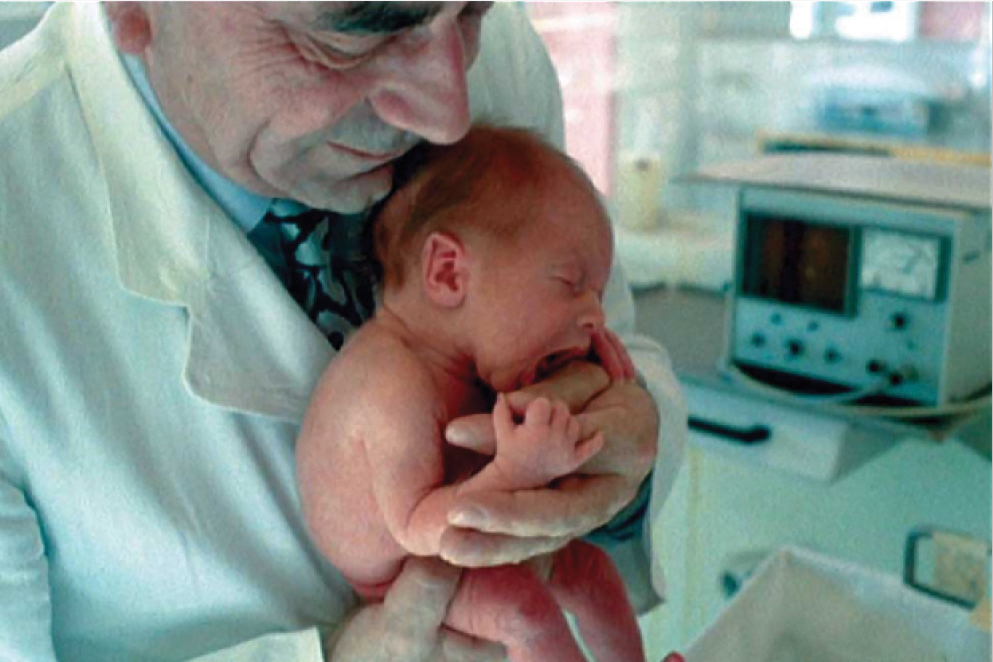 I can only trust that the evaluation of the success of my effort would depend on the “fruit” it is going to bear.

Because of the didactic difference of the classical Vojta method and the Vojta method of our 2nd generation, I allowed myself to use the designation “Vojta Method of the 2nd Generation”, represented throughout this book by the abbreviation “VM2G”.

For many years, I’ve been interested in several important interpretative questions surrounding the Vojta method that haven’t been satisfactorily answered. Particularly, there have been unresolved issues concerning the theoretical foundation of the method in operation.

Current straightforward clinical application of “the well-established static ideas” about the musculoskeletal apparatus leads to results that can’t be described as optimal, particularly with regards to the long-term sustainability of a proper function of the musculoskeletal apparatus. Although several other organ systems could be preserved and renovated in practical terms through transplantation through to the end of life, it is preferable to reserve comment about the existing possibility to maintain movement at a good and functionally dependable level up to this advanced age.

In 16th century, the anatomist Andreas Vesalius established the understanding of the functions of the musculoskeletal apparatus based on the descriptive anatomy of a corpse. These findings have held true until today. The descriptive measure of the locomotive apparatus in a state of “stillness” involves an analytical description within two-dimensional space. A fragmented description of the functions of individual muscles and the conception of the locomotive apparatus in a state of an inanimate “corpse” is surely fully suitable for the work of a surgeon, but it is completely insufficient for the general understanding of the musculoskeletal apparatus within its physiological functions, for example, the ability to stand upright on two limbs and to execute bipedal locomotion. Everything seems to suggest that the existing descriptive anatomy is not able to fully capture the real conditions and complex functions of the musculoskeletal apparatus.

What is the goal of the rehabilitative effort anyway?

Do we know what effect it has for a specific patient in his specific situation? What is the right posture of the body anyway? Is there any kind of “golden mean” towards which all decisions about the commencement and direction of therapy could be related? What should basic movement stereotypes look like? Apart from the subjective visual evaluation, there hasn’t been any possibility of rendering the path of movement trajectories and their data processing in the clinical practice yet.

How could the knowledge of spiral movement trajectories of individual limbs help to understand the movement trajectory of the whole human body, or more specifically, to “process the data” on the trajectory of the centre of gravity of the whole body? Will we ever be able to detect such trajectories? To standardise them, to set limits of tolerance, grades of pathological deviations, to verify them regarding the age and sex?

If no standards were set, the evaluation of the condition of the musculoskeletal apparatus would remain completely empirical and subjective.

It is necessary to “read” the locomotive apparatus as a whole. As with a mosaic, each little piece derives its meaning from its relationship to the whole. Similarly, each muscle’s function arises within the movement patterns. Functions of each muscle are continuously changing within individual movement patterns. Current conception of muscle functions would not practically allow even the most essential functioning of the body, i.e. the upright posture, standing and gait.

A person would remain at the holokinetic level of limb motion, lying on his/her back or stomach depending on how he/she had been placed, because this individual would not even be able to even turn him/herself over.